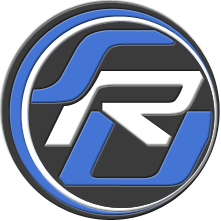 Simracing United’s GT Pro Series is a GT championship based on rFactor2 and UnitedRacingDesign’s EGT mod and cars. 7 GTE models and 12 championship races of 75 minutes all over the world build up the framework of an exciting and highly competitive traditional series which is now entering its 8th season.

Since 2018 the series is presented with all the DX11 features.
The weather plugin and the use of success ballast should provide excitement throughout the season. That combined with only some, low driving aids and the new tire model in a reworked version this concept is meant to provide equal chances for newcomers as well as old hands in order to prove themselves in the fight for victories and titles..

season 9:
On September 04, 2019 the preseason starts at the Indianapolis Motor Speedway. After an extensive test period the first hot phase starts on October 16th, when the training sessions for the season opening are released at Autodromo Enzo e Dino Ferrari in Imola.
The 1st championship race will take place on October 29, 2019.

Further information are provided in the forum at Simracing United.
So don’t waste any time. You are welcome to JOIN.